If you’re an ultra food-nerd like me, you already watched the online “battle of the sous” episode where Chef Jorel competed to give Chef Jenn immunity, but you’ve been biting your nails waiting to see Chef Jenn and Chef Richard go up against other world-renound chefs in the summer competition. Wednesday at 8pm MT, many hopeful Denverites gathered at Richard Sandoval’s Al Lado to see that happen.

Al Lado is a totally chic tapas and wine bar, with an extensive wine menu and focus on small-plate dining. Richard was generous with the free drinks which included some incredible specialty sangrias made with moscato and amaro. Also on the “pre-show” agenda: some Top Chef challenges for the guests! We were entered in a drawing to compete in either a guacamole making or margarita making competition.

I watched the guac contest nervously – you guys know I’m much more of an “eater” than a chef! – and was shocked when I got picked for the margarita contest! I debated just pretending my name hadn’t been called, but ultimately I walked up to the bar and accepted my station. Boy was I nervous! I’ve never made a margarita before in my life!

Being on the judging table really makes you feel the type of stress those chefs go through on the show.

So knowing that at least I wasn’t on national television, I got up my nerve, and started mixing margs! I had a decent reference point as my roommate makes these all the time, but I had no idea what the final product would taste like. I finished with a shot of Grand Marnier and hoped the French liquor gods would smile upon me. 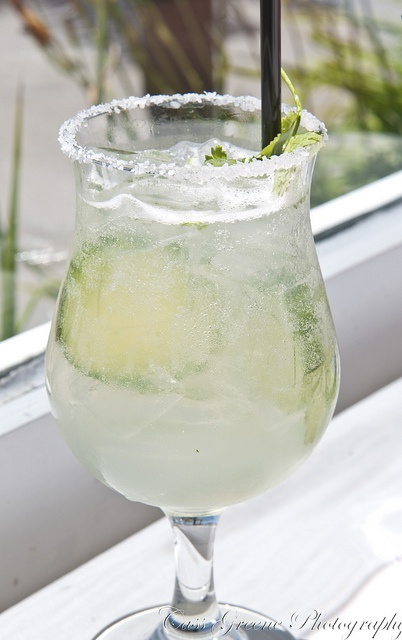 The Al Lado chef took a sip of mine, smiled, and said, “That’s real good. Really good. She’s going to be hard to beat.” I was so proud of my review, it didn’t matter that someone did end up beating my marg. I took second place and got a free (self-made) marg to enjoy the show with. Win-Win. What a cool way to kick off the premiere!

After the competitions, we got to enjoy the Top-Chef premiere where chefs had to face their very own fears in a much more public way. Both our Denver chefs survived to cook another day, so grab some friends, set up some food competitions, and have your own viewing party next week! It was a great way to watch a cooking show.

Big thanks to Richard Sandoval and the crew at Al Lado for a wonderful evening.

What’s your favorite cooking show? Your worst cooking fears? Share your stories with me in the comments!